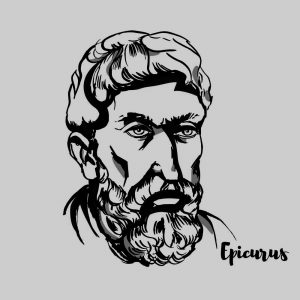 Have you ever heard of the Epicurus God paradox? The Greek philosopher Epicurus is often quoted for his rejection of an omnipotent and benevolent God because of the existence of evil.  He writes:

Epicurus died in 270BC, but humanity has continued to ask the question “If God exists and is good, why does evil exist?”  Left unaddressed, this question can erode a person’s faith.  Charles Templeton, Evangelist turned agnostic and author of “Farewell to God”, is an unfortunate example.  After successfully leading crusades for the Gospel, his struggle to answer this question led to him ultimately abandoning his faith. This article is meant to take examine the dilemma that Epicurus and many of us face today.

If a good God exists, why is there evil in the world?

According to the Epicurus God quote, only 3 options exist

Epicurus leaves only 3 possibilities.  Either,

To quickly address #3, a natural life completely exempt from evil, mishap, or tragedy is not part of any religious or non-religious belief system.  So, to attribute this somehow disqualifies the belief in the existence of a Deity is not intellectually honest as it is not a representative of any claim in theism (belief in one God) or polytheism (belief in multiple gods).  It is, however, often used as a convenient assumption against the existence of God. But, are these really the only 3 options to the Epicurus God paradox?

Epicurus was right about one thing.  If God was somehow unable to stop evil, that would certainly mean that he is not omnipotent (all-powerful).  In fact, I would contend that he would not be at powerful at all. Let’s define evil.  Evil at it’s most basic level is a deviation from a standard of good.  By that definition, evil is everything from the atrocities of the holocaust to the lie you tell your boss to get out of a day of work.  If God isn’t powerful enough to stop you from faking a cold to spend a “sick day” on the beach, why would we follow a God like that? Ask yourself though, before we start blaming God for not intervening to stop the bad stuff, would you want God exposing every “white lie” you speak?

How much evil is “too much”? 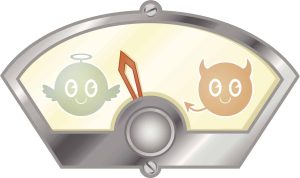 Where should God start systematically removing evil?  Should insulting somebody or gossip be a starting place for the “wrath of God”?  Perhaps stealing something should be the threshold? As humans, we love to point to the most egregious things with disgust while ignoring the “lesser evils” within our own personal standards.  But as Apologist Frank Turek often states in his lectures, “If God starts getting rid of ALL evil, He may very well start with you and me.”

If evil is a deviation from good, then we must acknowledge an existing absolute standard of good.  If, we leave it up to relevance or “how we feel” then good and bad are mere opinions.  You may think Hitler was a murderous monster but his mother may find him to be a fine German gentleman who wants to cleanse the world and usher in a perfect way of living.  Can we just go by opinions? So if there is a God who created the universe and all the precision of natural law, then with that wisdom and strength, it is most probable that He could stop evil. So why doesn’t He?

The Epicurus God paradox does not define the point where evil becomes intolerable and demands the Intelligent Designer step in.

The second observation of Epicurus is that if God can stop evil, but He is unwilling, then He Himself is malevolent (evil-intended).  I would first suggest considering our previous point.  At what level of evil should He begin to intervene?  Surely you would gasp at the nature of God if the little girl who stole a lollipop was met with swift intervention. But also consider, what if God controlled the mind of the little girl, the man stealing food for his family, or Hitler in a way that made it impossible to make an evil decision?  What about you?  Are you willing to sign up for God controlling every word, move, decision, and step?  Would you even be truly living an independent life at that point?

So, is God “evil”? To be honest, that very question is entrenched in a mindset of arrogance that says we, humanity, somehow have an absolute standard of good that the Creator of the universe is not fulfilling. If God is God, then wouldn’t He make the standard, not us?  Even those who argue relevant truth exists would have to throw it out the window.  Relevant truth is based on opinion and God’s opinion would easily have the advantage in any argument. So consider these in light of the Epicurus God paradox…

Sorry, Epicurus, but there is another option to consider in the dilemma of God, good, and evil. What if God created an enclosed system within which we could freely operate?  He gave us an intelligent mind capable of making our own decisions.  That gift is called free will.  With free will, we are able to choose our words and actions. Those words and actions have consequences or as commonly know, the law of cause and effect.  Cause and effect is a theory philosophy and theology can agree on.

We have the ability to seek truth and knowledge.  Doing so leads to progress.  Imagine if we stopped looking for deeper truth.  With no effort or efforts that deviate from the set standards, intentional or not, the consequences would be moving in a negative direction. This not only aligns with Judeo/Christian values but also to science’s coveted 2nd law of thermodynamics.  That law states, in layman’s terms, that everything gravitates toward chaos or destruction. Leave something by itself or do something to harm it and it will decay, immediately or over time.  However, through an intelligent mind, proactive efforts can be deployed to restore or prolonge the life of that very thing.  Think about the paint on your car.  With careful detail and attention, 25 years later it looks almost brand new.  If you never wash, wax, or properly care for it, you’ll see a more rapid digression.

Free Will with a Solution

Let’s look at your own life.  Unless you are unable to make your own decisions, it’s obvious that how you decide to live your life matters! Sure there are external circumstances that you can’t control, but how you react in those circumstances is within your power.  Therein lies your free will. Why would God create a system with free will in it?  It is because in this system we have the freedom to choose, and with that gift, we can be most in like Him.  Without free will, we are puppets incapable of true feelings, personal achievements, and most importantly… love.  With free will, we can live an independent life where we (collectively and individually) can grow and yes, truly love God and other people. The only way that you can have a real, genuine, relationship with the Creator is if you have the freedom to decide to participate.  With this freedom comes great responsibility.

Every decision has a consequence. To remove the ability to do evil, would be to violate the system that God created.  Any God that would at His own whim change His mind, or dare I say, change His standards to appease us imperfect humans is not an omnipotent and omniscient (all-knowing) God. Instead, consider that in this universe, good things and bad things can happen many of which will be at the hands of humanity operating in that freedom.   This makes way for a much greater existence in that we can have a deeper independent understanding of how things work and enjoy the power to be creators to some degree ourselves.  We can grasp the deep concepts of ethics, mathematics, and science, which certainly separates us from the rest of creation.  Lastly, but most importantly, our freedom to choose actually allows a more meaningful relationship with God.

Provision beyond the temporary

If all can and will eventually come to an end, what is the point?  I understand that there is a whole list of “yeah buts…”  “Yeah but (Insert Unfair Circumstance Here)” Unlike every other belief system in the world, Christianity leads to the complete solution to the temporary nature of this world that comes with its share of troubles. It accounts for the fact that there is an absolute standard.  Upholding that standard to perfection may be impossible and although there are consequences, on a long enough timeline, complete restoration of what is lost is possible.  It is a system designed in that God’s love for man was so deep that He not only made a way for reconciliation but did NOT mandate that way in order to preserve humanity’s ability to remain a free-thinking being created in His own image.

That is the Good News for us all.  God is real.  God is personal in that He chooses to create and love’s His creation enough to set them free to choose their path, one of which leads to eternal life.  By eternal life, it is an everlasting existence beyond the pains of this temporary world.  The Epicurus God paradox doesn’t consider a divine solution.

You Have a Choice

The Epicurus God quote has it wrong or at the very least, falls short of the bigger picture.  Evil doesn’t limit God, but God ultimately is the way to overcome evil, which is any deviation from His perfect standard.   You have a choice every day to pursue Him, learn His ways, and most importantly have a relationship with Him.  You will make mistakes, sometimes out of a lack of knowledge and other times willingly out of selfish desires.  God, however, loved you enough to make a way through Jesus to stand firm in this life and live eternally free from the ultimate consequences of your free will and everyone else’s.

For God so loved the world that he gave his one and only Son, that whoever believes in him shall not perish but have eternal life. For God did not send his Son into the world to condemn the world, but to save the world through him.  John 3:16-17

Did you enjoy this article?  Check out these resources!

If He exists, why is God hidden?

What happens to people who never hear the Gospel?

Jason D'Ambrosio
Jason Koch D'Ambrosio is the Evangelist and Leader at Sound of Heaven Church. He is deeply involved in community initiatives and outreach on Long Island and passionate about preaching and teaching the Gospel.
PrevPreviousBehold I am Coming “Quickly”
NextWhy is Prayer Important? 4 powerful reasons.Next