What happens to people who never hear the Gospel? 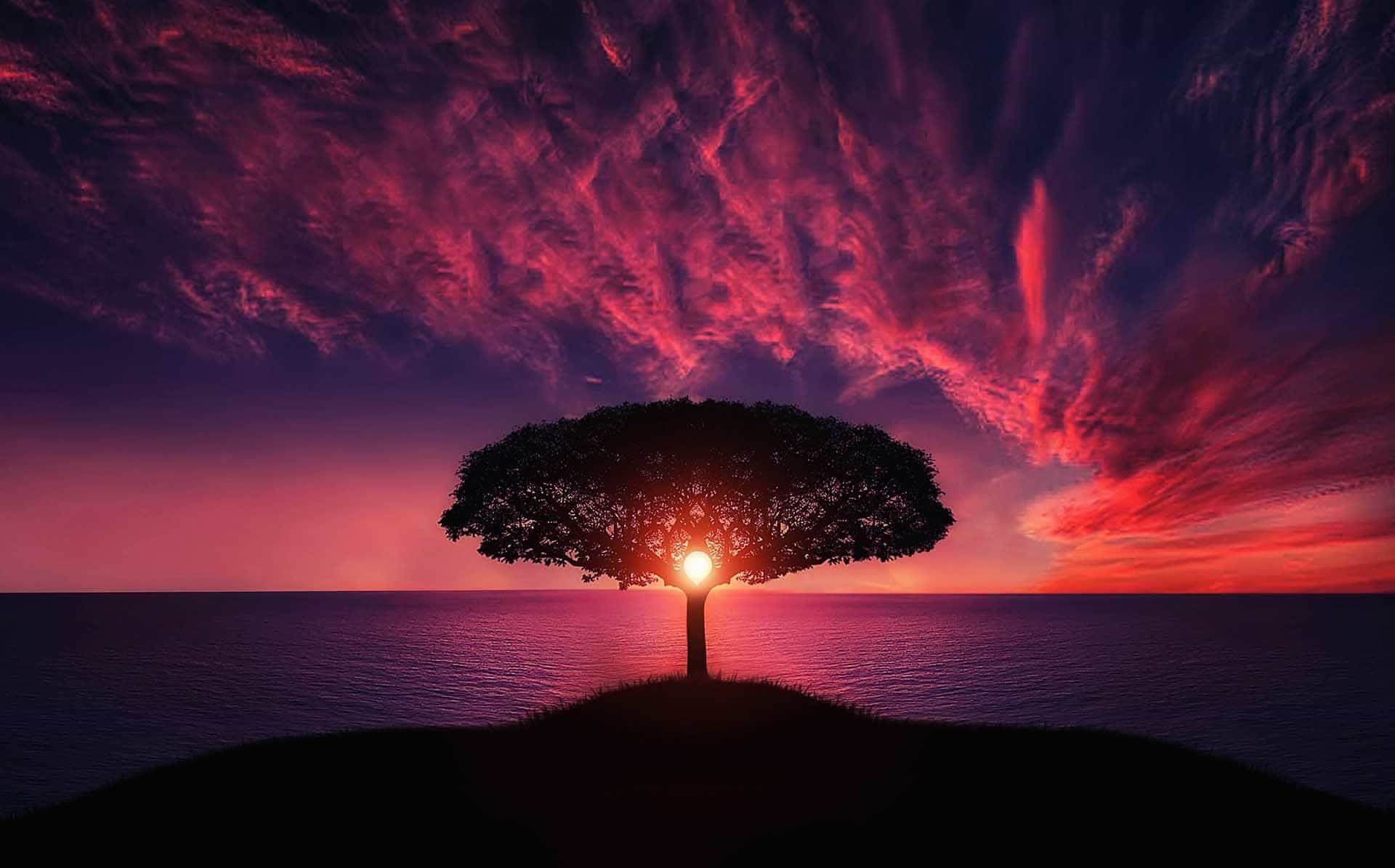 In Christianity, we find peace in the Good News of Jesus Christ.  Scripture says in John 3:16 that God so loved the world that He gave His only Son and the person that believes in Him will never perish, but have eternal life.  This amazing promise of salvation leads both the believer and non-believer to ask some tough questions. What happens to people who never hear the Gospel? Like God, most of us never want to see a single person lost. (2 Peter 3:9) Can someone who has never heard the Gospel be saved?

Have you ever wondered about this?  You are not alone.  Inquiries like these, however, are really questions about the morality of God.  If God is good and He’s given us a way to Him through the Gospel, how is it that He could ever condemn someone who has never heard of Jesus.  It would seem unfair, wouldn’t it?

In this article, we will seek to get some clarity on not only what happens to people who never hear the Gospel, but hopefully some context through scripture on both the requirement of salvation and the nature of God Himself.

Is the Gospel necessary for salvation?

The Bible clearly communicates that the belief in Jesus is the only way to eternal life.  Here are a few scriptures, including words from Jesus Himself that would point us to there being a single way to for salvation.

“And there is salvation in no one else; for there is no other name under heaven that has been given among men by which we must be saved.”
Acts 4:12

Jesus said, “I am the way, and the truth, and the life; no one comes to the Father but through Me.
John 14:6

The Apostle Paul writes to the Galatians, Chapter 2, that no-one is justified by their works but ONLY by faith in Christ.  He goes so far in verse 21 to say

“for if righteousness come by the law, then Christ is dead in vain.
In other words, if there were another way, Jesus would not have had to die for the salvation of us all.”
Galatians 2:21

So can someone who has never heard the Gospel be saved?  The Bible says no.  But what about the indigenous people who were never told?  What about the Native Americans who had no access to Christianity?

Read more: Once saved always saved or can you lose your salvation?

Explanation #1: Everyone automatically has access to God through nature and their conscience

This theory states that we all know God, no matter what.  He is evident all around us in physical nature but also His ways are embedded into our conscience as a part of our human nature.  Some scripture would seem to reinforce this.  Let’s take a look.

For since the creation of the world God’s invisible qualities–his eternal power and divine nature–have been clearly seen, being understood from what has been made, so that people are without excuse.
Romans 1:20

For when Gentiles, who do not have the law, by nature do what the law requires, they are a law to themselves, even though they do not have the law. They show that the work of the law is written on their hearts, while their conscience also bears witness, and their conflicting thoughts accuse or even excuse them on that day when, according to my gospel, God judges the secrets of men by Christ Jesus.
Romans 2:14-16

So according to these two passages of scripture, proof of God is all around us, and also, He has written His Law on the hearts of men and women.  It goes to the extent in Romans 2 to say that because of this we don’t have an excuse.  Some would say that this could apply to those who live and die in parts of the world that Christianity has yet to reach.

In other words, God has made a way for them to know Him and the evidence in creation around them.  Could this be the answer to what happens to people who never hear the Gospel?  Is it as simple as the concept that if someone seeks a higher power that is good enough to get to heaven?

These Scriptures certainly reveal that evidence of a Creator is available and we can all have a sense of right and wrong, but they fall short in the requirement for salvation, which in itself is the forgiveness of our sin.  We do not spend eternity separated from God because we don’t know Jesus.  We reach that fate because we sin.  Jesus is the answer to that sin.
Consider the next two explanations.

Explanation #2: God will give true seekers the truth about Christ so they can be saved.

We can look to Acts Chapter 10 and throughout Scripture to see an important promise from God.  To paraphrase, God says “If you look for Me, you will find ME.”  Don’t forget what Jesus said in Matt 7:7.

So considering our first explanation in that just seeking God is enough, consider Cornelius in Acts Chapter 10.  Cornelius was a Roman Centurion who already believed in Yahweh, the God of the Jewish people.  If our first explanation was enough, why did God send Peter to Him to share the Gospel?  Why would He need to have had to be filled with the Holy Spirit?
What is evident is that an encounter with Jesus is necessary.  Thankfully God’s those that seek the truth will find the truth.

This, however, still leaves us with the questions we started with.  What happens to people who never hear the Gospel?  Please study this out for yourself.  Pray about it.  But, this next explanation makes a lot of sense to me.

All of us know someone who has heard the Gospel and rejected it, right?  Consider this concept.  Since God is perfect, could it be in His infinite wisdom that He has preordained the world in such a way that those who never hear the Gospel would have never accepted it anyway?
In Acts Chapter 17, the Apostle Paul is preaching to the Athenians in the Areopagus when he says:

From one man he made all the nations, that they should inhabit the whole earth; and he marked out their appointed times in history and the boundaries of their lands. God did this so that they would seek him and find him, though he is not far from any one of us.
Acts 17:26-28

Could a perfect God be advanced enough to have foreknowledge of who would accept him and who would not?  Of course, He could.  Is it possible, that with that knowledge He could place people in specific times and regions?  Of course, it is possible.  He is All-knowing, All-Powerful, and in all places.  If He wasn’t all three of these, God wouldn’t be God.  This leaves us with a final thought that will hopefully be a source of peace and comfort when wrestling with tough topics like “What happens to people who never hear the Gospel?”.

Leaning on the Justice of God.

God is perfect.  He is love (1 John 4:8).  Because we know these two to be true then the following must also be true.  God is just. Because God is just, we can find comfort in these two facts.

Therefore, all of the troubling questions about this life and the next rest in the hands of a God that doesn’t make mistakes. He made a way to save us. Why do we need to be saved?  A Perfect Being would not and by the VERY definition CAN NOT allow the imperfections (sins) of this world to go unaddressed… or to be real unpunished.   A price HAS to be paid.

God made a way for that price to be paid.  That way is Jesus.

What happens to people who never hear the gospel should be a concern for us all. Even though God knows who will and won’t receive the gift of salvation, it is our duty as Christians to be His ambassadors here on earth (2 Cor 5:17) That means we spread the Good News wherever we go.

Can someone who has never heard the Gospel be saved? Scripture points to that answer being no. But, we all can make sure that the people we encounter have the opportunity for an encounter with Jesus. Go into the world and spread God’s love!

Want to learn more about the Great Commission? Read this article

What is the Great Commission?

Jason D'Ambrosio
Jason Koch D'Ambrosio is the Evangelist and Leader at Sound of Heaven Church. He is deeply involved in community initiatives and outreach on Long Island and passionate about preaching and teaching the Gospel.
PrevPreviousWhy does the Bible say God is a jealous God?
NextOnce saved always saved or can you lose your salvation?Next