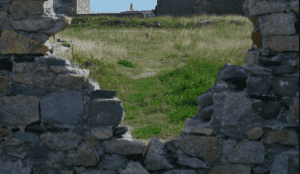 The field of the sluggard

In Proverbs 24, Solomon describes passing by a field and making an interesting observation about the landowner.  In this case, he refers to them as a “sluggard”, which means a lazy person. Doubling down, the author states that they have no sense.  Both go together because sluggards procrastinate.  Procrastination is a mindset.  It is the condition of the mind that says “I’ll do it tomorrow.” or “I just don’t feel like it right now.”  In a slothful person, the mindset causes them not to do what’s needed and their life eventually reflects that in the form of unfruitfulness.  There are many dangers of procrastination. The basis of the “sluggard” claim in this Proverb is that Solomon sees that the person’s property is not cared for and in disrepair.  The ground was covered with thorns and weeds.  The stone wall on the property was broken down.  He closes by implying that there is a price to pay for lacking discipline.  He warns that the laziness of the landowner could result in poverty and scarcity.  What is intriguing is the reference to the suddenness of the onset of these 2 unfortunate circumstances.  Read the following verses and consider the application. 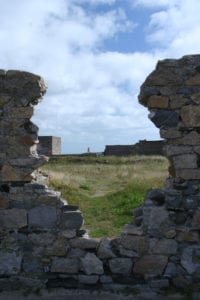 30 I went past the field of a sluggard,     past the vineyard of someone who has no sense; 31 thorns had come up everywhere,     the ground was covered with weeds,     and the stone wall was in ruins. 32 I applied my heart to what I observed     and learned a lesson from what I saw: 33 A little sleep, a little slumber,     a little folding of the hands to rest— 34 and poverty will come on you like a thief     and scarcity like an armed man.

Same as today, being a landowner in almost every society generally equates to privilege.  In Solomon’s time, a field could be a source of personal wealth and a farmer could reap a harvest from crops.  The land could hold herds of livestock.  Ultimately, there are many great uses for the land that we could consider.  Unfortunately, despite all the potential, the landowner’s laziness has gotten the best of him.  He chooses not to care for his property and it brings him dishonor in the eyes of the passerby.

One of the dangers of procrastination is unfruitfulness.  Thorns and weeds on any land hinder growth.  If they are not removed, eventually the land will yield very few plants of value.  We see in the Parable of the Sower that seeds cast amongst thorns do not produce fruit because the thorns choke out the other plants.  Thorns and weeds are the results of inaction and what grows by default. Similarly, our lives resemble the world around us.  Without the proper attention and disciplined effort, our potential is never reached.  Our life’s version of thorns and weeds are things like excuses, disappointments, shying away from uncomfortable situations and even the false belief that we have all the time in the world. A field that goes unattended produces nothing.  A life that goes unattended also rarely yields good fruit.  Jesus wants us the bear fruit in our lives so that the world knows we are His disciples.

Another example of the dangers of procrastination is vulnerability.  Fences and walls are meant to act as protection for us.  They act as a deterrent of external threats from infiltrating our territory.  The landowner’s fences had deteriorated to the point of being in ruins.  This no doubt left his land vulnerable. Procrastination and laziness also leave us unguarded.  When we neglect what we know we should do, our confidence and self-worth takes a hit.  An undisciplined mind is easily infiltrated by the plethora of negative in this world.   There is no shortage of people who say you can’t make it in life.  When our lives aren’t in order, it is easy to get into a situation where we are unprepared and suffer loss.

Procrastination leads to theft and robbery – A Sudden Stolen Destiny

In closing, as we pointed to earlier, Solomon makes an effort to predict laziness and procrastination will lead to poverty and scarcity as if you were robbed by an armed attacker.  This is a sudden and abrupt loss.  One of the inevitable dangers of procrastination are that it will lead to a loss.  While procrastination is made up of an inability to make small decisions to be productive, eventually the sluggard is met with the day when they are unprepared for a challenge.  This lack of readiness can lead to destruction and complete loss. Think about it… procrastination is a series of small convenient compromises over time that can lead to a single moment of devastating inconvenience.  For example, the person who does not care for their health, may not feel sick for years, but eventually could face a disease that alters the course of their life.  An employee could do just enough to keep his or her job only to have new management come in and review performance.  The lack of work ethic could result in unemployment.  The individual that feels called by God to do something may hold back due to fear or doubt.  It is easier to put it off until tomorrow.  One day that person looks back and realizes that procrastination may have robbed them of their destiny.

Ultimately, God can accelerate any circumstance and even you have procrastinated until now it’s not too late.  We here at Sound of Heaven are here to help you get on track.

Don’t procrastinate any longer!  Contact Sound of Heaven or check out our shop for resources that can help you on your journey. 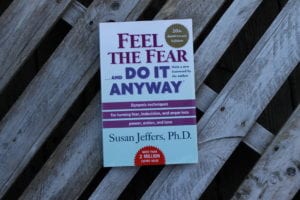 View this product in the  SOH Online Store

Jason Koch D'Ambrosio is the Evangelist and Leader at Sound of Heaven Church. He is deeply involved in community initiatives and outreach on Long Island and passionate about preaching and teaching the Gospel.
PrevPreviousWhat do I need to be saved from? What is Salvation?
NextWhat is an Apostolic Church?Next