Palm Sunday in the Bible – Deep Study in the 4 Gospels 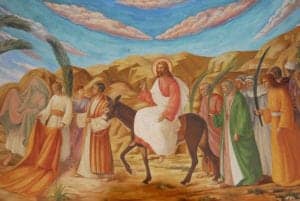 Where is Palm Sunday in the Bible?

Palm Sunday is a day celebrated in Christianity in remembrance of Jesus’ triumphant return to Jerusalem.  The original event took place at the start of a week where he would be arrested, tried in an illegal hearing, and crucified.  Jesus would then resurrect in Christianity’s most important moment.  Without the Resurrection, there is no Christianity. The event is mentioned in all four Gospels and depicts Jesus riding on the back of a donkey as crowds cheered for Him.  They lay down their cloaks and palm branches while singing the words of Psalm 118:25-26. They cried out…

“Hosanna to the Son of David!” 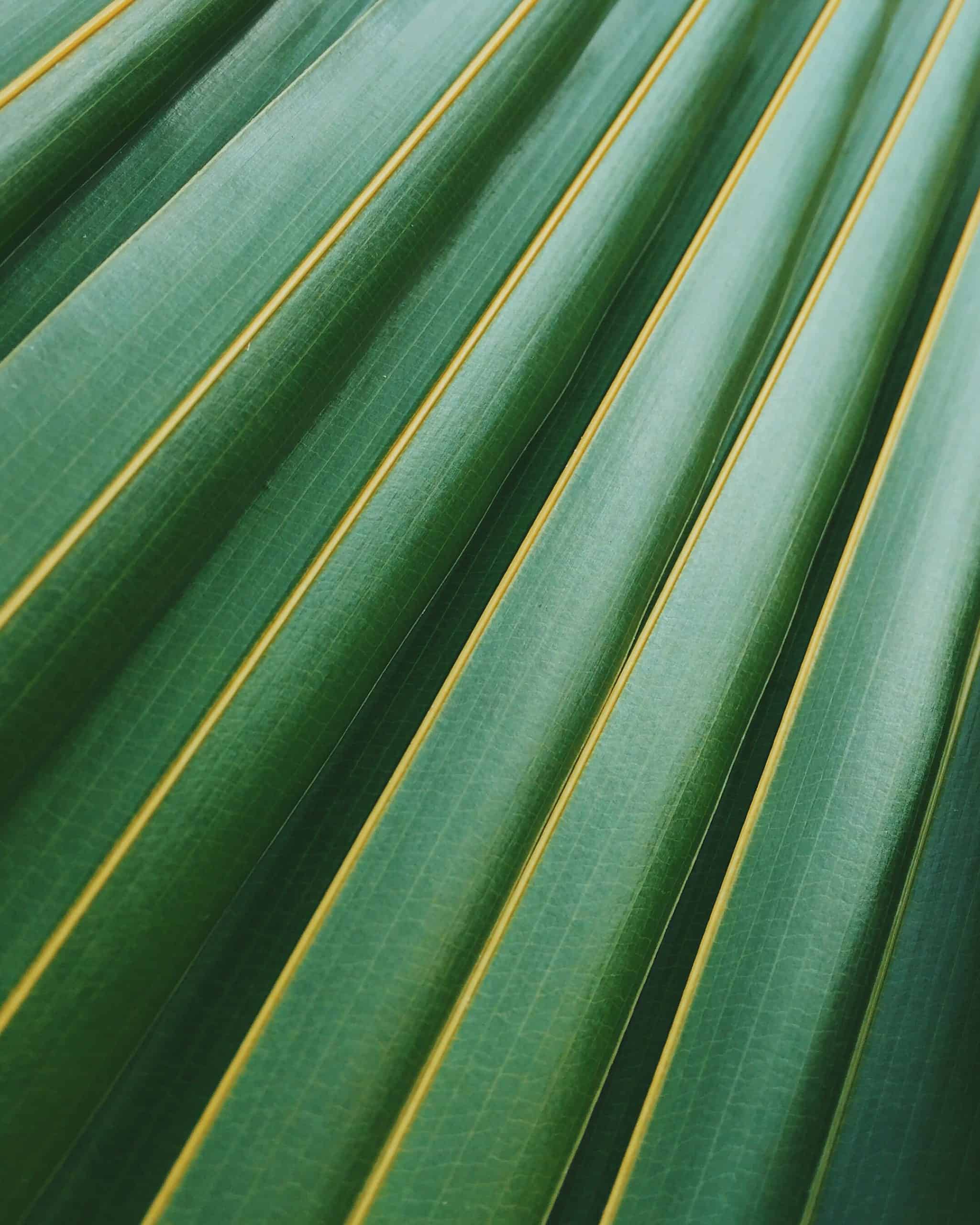 Palm Sunday in the Bible as a fulfillment of biblical prophecy

Palm Sunday was a fulfillment of the biblical prophecy found in Zechariah 9:9 written nearly 550 years earlier.

Rejoice greatly, O daughter of Zion; shout, O daughter of Jerusalem: behold, thy king cometh unto thee; he is just, and having salvation; lowly, and riding upon an ass, even upon a colt the foal of an ass.

The donkey was significant as it was customary for a victorious king to enter a city on horseback.  In times of peace, the leader would ride a donkey.  Also, palms were a symbol of triumph in Greco-Roman culture, while the laying of cloaks was performed for many kings, including David. Jesus being heralded as a king was an insult to the Jews, who hated that He was being called the Messiah. Also, it was offensive to the Romans who had Caesar as their king.  As a result, the attention of the local leaders and the praise of the people proved to be a dangerous combination.

Ultimately, many of the people who were cheering “Hosanna” would be yelling “Crucify Him!” just days later.  Jesus Himself cried out to God while being nailed to cross saying “Forgive them, Father, for they know not what they do.” By God’s Amazing Grace and the efforts of the early church, the known inhabited world would hear the Good News of the Gospel. If you want to do your own study, find the Gospel accounts of Palm Sunday in the bible in the following places.

Palm Sunday in the Bible | The Gospel of Matthew

As they approached Jerusalem and came to Bethphage on the Mount of Olives, Jesus sent two disciples, 2 saying to them, “Go to the village ahead of you, and at once you will find a donkey tied there, with her colt by her. Untie them and bring them to me. 3 If anyone says anything to you, say that the Lord needs them, and he will send them right away.”

4 This took place to fulfill what was spoken through the prophet:

5 “Say to Daughter Zion,
‘See, your king comes to you,
gentle and riding on a donkey,
and on a colt, the foal of a donkey.’

“Hosanna to the Son of David!”

“Hosanna in the highest heaven!”

10 When Jesus entered Jerusalem, the whole city was stirred and asked, “Who is this?”

11 The crowds answered, “This is Jesus, the prophet from Nazareth in Galilee.”
Matthew 21:1-11

Palm Sunday in the Bible | The Gospel of Mark

As they approached Jerusalem and came to Bethphage and Bethany at the Mount of Olives, Jesus sent two of his disciples, 2 saying to them, “Go to the village ahead of you, and just as you enter it, you will find a colt tied there, which no one has ever ridden. Untie it and bring it here. 3 If anyone asks you, ‘Why are you doing this?’ say, ‘The Lord needs it and will send it back here shortly.’”

4 They went and found a colt outside in the street, tied at a doorway. As they untied it, 5 some people standing there asked, “What are you doing, untying that colt?” 6 They answered as Jesus had told them to, and the people let them go. 7 When they brought the colt to Jesus and threw their cloaks over it, he sat on it. 8 Many people spread their cloaks on the road, while others spread branches they had cut in the fields. 9 Those who went ahead and those who followed shouted,

“Blessed is he who comes in the name of the Lord!”[b]

10 “Blessed is the coming kingdom of our father David!”

“Hosanna in the highest heaven!”

11 Jesus entered Jerusalem and went into the temple courts. He looked around at everything, but since it was already late, he went out to Bethany with the Twelve.
Mark 11:1-11

After Jesus had said this, he went on ahead, going up to Jerusalem. 29 As he approached Bethphage and Bethany at the hill called the Mount of Olives, he sent two of his disciples, saying to them, 30 “Go to the village ahead of you, and as you enter it, you will find a colt tied there, which no one has ever ridden. Untie it and bring it here. 31 If anyone asks you, ‘Why are you untying it?’ say, ‘The Lord needs it.’”

37 When he came near the place where the road goes down the Mount of Olives, the whole crowd of disciples began joyfully to praise God in loud voices for all the miracles they had seen:

“Peace in heaven and glory in the highest!”

39 Some of the Pharisees in the crowd said to Jesus, “Teacher, rebuke your disciples!”

41 As he approached Jerusalem and saw the city, he wept over it 42 and said, “If you, even you, had only known on this day what would bring you peace—but now it is hidden from your eyes. 43 The days will come upon you when your enemies will build an embankment against you and encircle you and hem you in on every side. 44 They will dash you to the ground, you and the children within your walls. They will not leave one stone on another, because you did not recognize the time of God’s coming to you.”

Palm Sunday In the Bible | The Gospel of John

The next day the great crowd that had come for the festival heard that Jesus was on his way to Jerusalem. 13 They took palm branches and went out to meet him, shouting,

“Blessed is the king of Israel!”

14 Jesus found a young donkey and sat on it, as it is written:

15 “Do not be afraid, Daughter Zion;
see, your king is coming,
seated on a donkey’s colt.”

17 Now the crowd that was with him when he called Lazarus from the tomb and raised him from the dead continued to spread the word. 18 Many people, because they had heard that he had performed this sign, went out to meet him. 19 So the Pharisees said to one another, “See, this is getting us nowhere. Look how the whole world has gone after him!”

Unfortunately, many Christians celebrate holidays without really understanding them.  Studying Palm Sunday in the Bible is a great way to better appreciate this special day.  At Sound of Heaven, it is our goal to spread the Gospel and share information that is helpful to the research of both the Christian and non-Christian.

There are multiple ways to join us on Palm Sunday or any day! 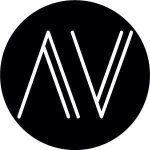 Jason D'Ambrosio
Jason Koch D'Ambrosio is the Evangelist and Leader at Sound of Heaven Church. He is deeply involved in community initiatives and outreach on Long Island and passionate about preaching and teaching the Gospel.
PrevPreviousIs Today’s Christianity Ready?
NextBlinded by Tradition – John 9 Bible StudyNext