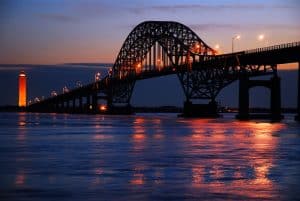 The Power of a Community in Agreement 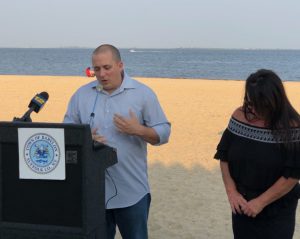 On August 16th, 2018, a crowd gathered on the beach at Venetian Shores in Lindenhurst, NY.  The occasion was to commemorate the life of Brianna Lienick, a young girl who’s life was taken too soon in a reckless boating accident just 13 years prior.  Brianna’s mother, Gina, was in the throws of pushing legislation for safer waters.

What is Brianna’s Law?

“Brianna’s Law” would require all boaters to take a safety course in order to operate a vessel.  This would sound like an obvious requirement.  We need licenses to operate motor vehicles, why would we not need one to drive a boat? Nevertheless, there was no requirement for such a thing and it seems every year we hear about yet another life lost due to inexperienced boating.  Despite this fact, the NYS legislature had turned down or delayed passing the law on several occasions.

I remember that day as it was my honor to open the ceremony in prayer.  I was more than representing Sound of Heaven but also proud to be there for my friend Gina.  Accompanied by elected officials from Babylon, Suffolk County, and New York State, along with many dozens of fellow Long Islanders, we prayed in agreement,  “In the Name of Jesus, this measure will pass!  Our waters will be safer.” and it happened!

I am joyful to share that just under 1 year later, “Brianna’s Law” was signed in by Governor Andrew Cuomo.  God answers prayer and He honors persistence.  The two go hand in hand.  I am convinced that there isn’t a power in the world that can stop persistent prayer backed by unwavering action.  Surely that day on the beach didn’t mark the first or last appeal to God for the passing of this law.  Who knows how many countless petitions touched the ears of God.  The Lienick family, friends, and all who had been there watching this determined mom never settle finally saw their prayers answered.

We “In the Name of Jesus, this measure will pass!  Our waters will be safer.”  and it happened!

The loss of a child is unimaginable for those who have never experienced it.  How I know this in that I have never even come close to such a thing. Therefore, I cannot even begin to fathom the heartache.  Could I ever carry on the way this mom did?  That is not a cross I want to bear. Nevertheless, as the press conference was underway on News 12, I couldn’t help but reflect on the overall situation.  It would have been easy for this mom to fade into the background consumed with a loss that many couldn’t stand against.  But she didn’t.  She fought, not only for justice in the case of her daughter but for the lives of millions who in coming generations may never even know of the struggle.  Families will return from Long Island waters, safe and sound in their beds, never knowing that a law passed months, years, and decades before helped them avoid tragedy.

With Courage, Every Struggle is an Opportunity for a Victory

The Lienick was hit with injustice and vowed to fight to make sure other families didn’t experience the same.  Examine your own life.  In what ways have you been wronged.  Your experiences, even the most painful, can have a purpose that goes beyond even your lifetime.  If you are willing to be brave, you too can lead the charge to take your hardships and turn them into positive change. Have you beaten cancer? Were you homeless, but pulled yourself out of it?   Have you ever been addicted to something or in an abusive relationship?  Whatever it is, God can give you the strength to first overcome your bondages and then help others to do the same.  Your experience is unique to you, but there is someone out there needs hope that they can make it.  If not you then who?  Your testimony may be the key that unlocks the strength for someone else to carry on. Ultimately, our sacrifice becomes part of a greater victory.  Like Brianna’s story, it will take courage, prayer, and persistent action but you can do it!

The cornerstone of Christianity is the event where God Himself gave His Son to be sacrificed for the good of all mankind.  The testimony that death could not stop the saving power of God changed the whole world and still does to this day!  As imitators of Christ, we too can take the moments of pain and turn our greatest struggles into our greatest victory.

“If not you, then who?  Your testimony may be the key that unlocks the strength for someone else to carry on. Ultimately, your sacrifice becomes part of a greater victory… you can do it!”

At Sound of Heaven, we are here for you.  Our church is filled with imperfect people who are overcoming less than ideal situations all for the glory of  God and ensuring that others know that with Him all things are possible! What’s your testimony?  Connect with us!

Jason D'Ambrosio
Jason Koch D'Ambrosio is the Evangelist and Leader at Sound of Heaven Church. He is deeply involved in community initiatives and outreach on Long Island and passionate about preaching and teaching the Gospel.
PrevPreviousThe Fight to Stop Sex Trafficking on Long Island
NextIs Today’s Christianity Ready?Next