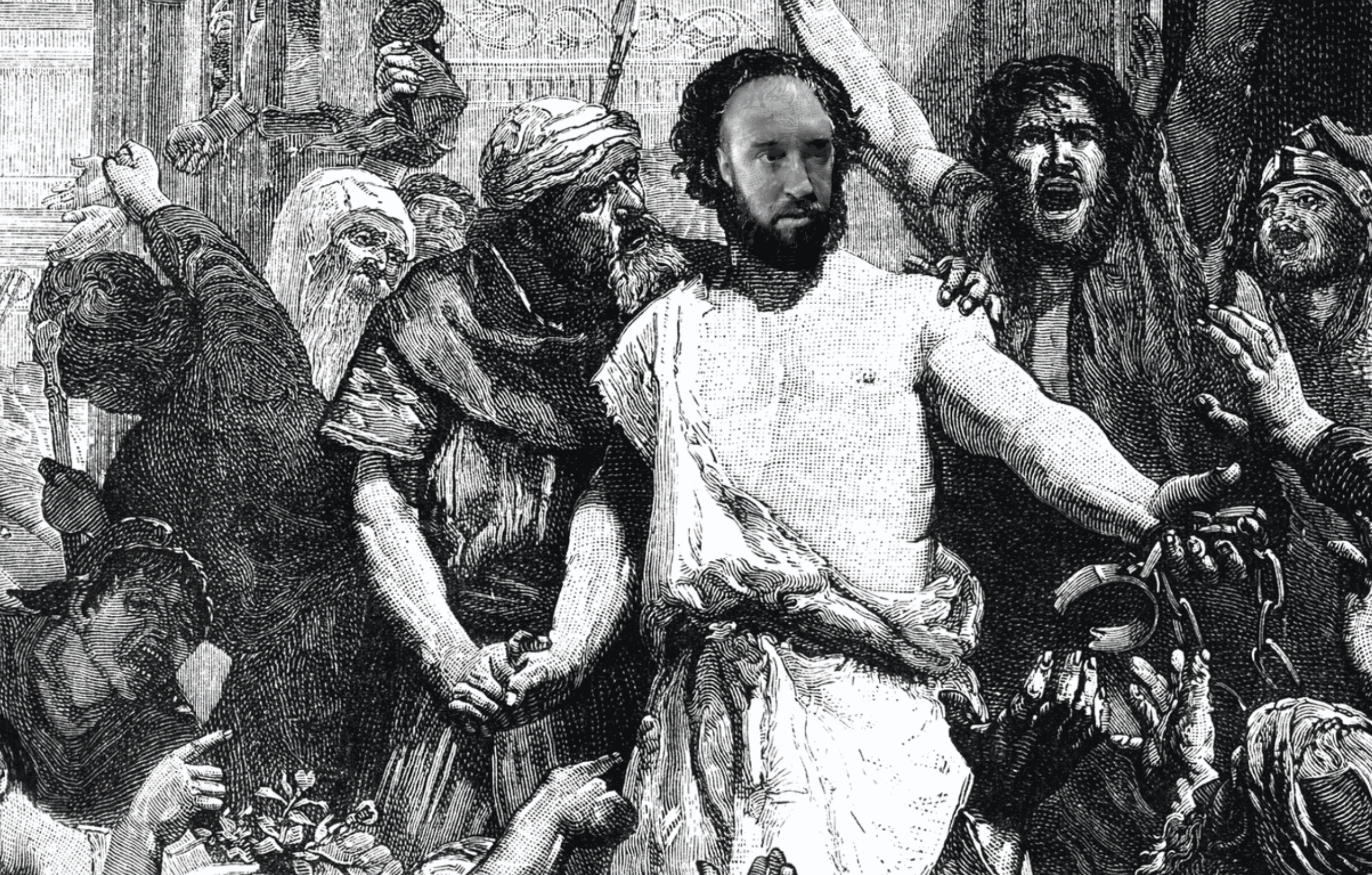 Who was Barabbas in the Bible?

Validating the Story of Barabbas and Jesus

In all 4 Gospels, we find an event in the trial of Jesus where Pontius Pilate brings a prisoner out before the crowd.  According to Scripture, it was customary for the Governor to grant clemency on a prisoner’s death sentence as a sign of goodwill toward the Jewish citizens, at Passover.  The Jews that were calling for the crucifixion of Christ were given the choice between Barabbas and Jesus.

Who was Barabbas?  Scripture tells us he was a notorious criminal imprisoned for murder.  It also must be noted that his crimes were linked to insurrection in the city.

The reason that this is important is that it makes the man more than an everyday criminal, as sometimes portrayed.  He was part of the resistance.  For decades, there had been growing tension between the Jewish people and the Romans that ruled over them.  There were no doubt times where violence flared up in the streets.

Approximately 30 years after this event involving Barabbas and Jesus, Israel would find themselves in a full-blown revolt against Roman rule (66 AD), which ultimately led to the destruction of the temple.

The full details of Barabbas’ crimes are not available, but it’s highly probable that he was involved in a skirmish or riot that led to the death of a Roman soldier.  The punishment for political crimes was death by crucifixion.

The Gospel accounts show the Roman Governor fulfilling his tradition and the mob overwhelming choosing the rebel over Jesus.  They screamed “Give us Barabbas!” and “Crucify Him” (Jesus). Pilate was hesitant, even being warned by his wife about a troubling dream,  but elected to go with the will of the mob.

Who was Barabbas?  He was a criminal sentenced to die under Roman law for insurrection and murder.  Pontius Pilate offered the Chief Priests and Israel the choice to free Barabbas and Jesus.  Sadly, like many other instances, Israel chose a path that was against God for their own desires and purposes.  Pilate granted the death sentence upon Jesus. He was scourged and crucified.

The accounts of Jesus and Barabbas in the Bible can be found in Matthew 27, John 18, Mark 15, and Luke 23. Peter also mentions the event in Acts 3.

Read more: What did Jesus say on the Cross?

Who was Barabbas?  He wasn’t just a random criminal as often depicted. Check out this clip from “Passion of the Christ” that shows the connection between Barabbas and Jesus.

Did the Account of Barabbas and Jesus really happen?

The validity of the event has been contested by skeptics and even some theologians.  The arguments vary and range from the account being metaphorical to it being completely fabricated.  At the center of most of these denials is the actions of Pilate himself in light of Roman protocol.  Would Pilate even release a prisoner?

Skeptic Bart Ehrman argues that the concept of a Roman Prefect, like Pilate, freeing a Jewish rebel would be so far fetched it can’t be true.  In a blog titled “Pilate Released Barabbas.  Really?”  Ehrman writes:

Are we supposed to believe that the ruthless, iron-fisted Pilate would release a dangerous enemy of the state because the Jewish crowd would have liked him to do so?… Of course not.
Bart Ehrman

Who was Barabbas to Bart Ehrman?  He was a made up character by the early church to point out the “wickedness” of choosing a murderer over the Messiah and nothing more.  Not so fast.

The skeptic does have a point in that it would be highly out of the ordinary for a Powerful Roman Governor to appease a crowd by releasing someone who could be a threat to Rome. Ehrman conveniently ignores historical record.  The claims that Pilate would never act this way fall short when you consider what the Historian Josephus wrote about how Pilate ruled over Judea.  You’ll find in this next section that the event depicting Barabbas and Jesus before the leader is not a farfetched concept. 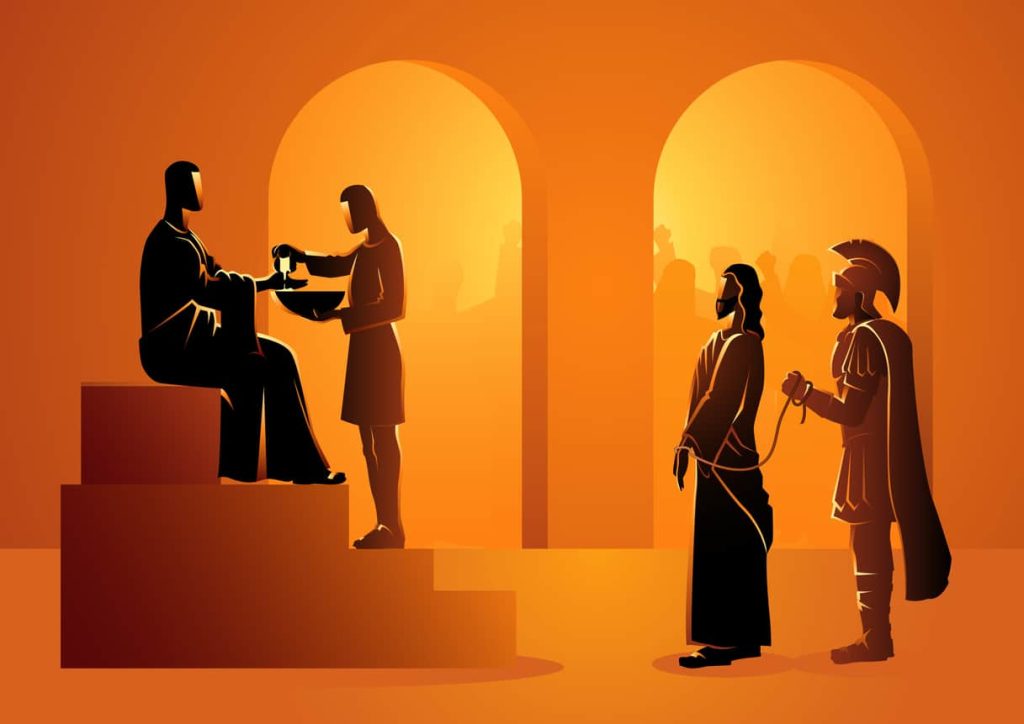 Josephus & Pontius Pilate | The Governor that made exceptions…

In a brief detour of our study of the Gospel accounts of Barabbas and Jesus, let’s look at two separate writings from the Historian Flavius Josephus.   Neither directly prove who was Barabbas or whether the incident happened.  However, these passages in the famous works The Jewish War and The Antiquities of the Jews prove that Pontius Pilate made some very interesting concessions in favor of the Jewish people that were uncharacteristic of the “iron-fisted Roman rule”

In approximately 27 AD, Pilate brought his troops to Jerusalem for the winter and also brought images of Caesar into the Holy City.  This was a direct violation of Jewish law that strictly prohibited such glorifying of anything other than Yahweh.  The Jews protested and watch what happened.

Pilate also said to them that they should be cut in pieces, unless they would admit of Caesar’s images, and gave intimation to the soldiers to draw their naked swords. Hereupon the Jews, as it were at one signal, fell down in vast numbers together, and exposed their necks bare, and cried out that they were sooner ready to be slain, than that their law should be transgressed.

Hereupon Pilate was greatly surprised at their prodigious superstition, and gave order that the ensigns should be presently carried out of Jerusalem.
Josephus, Jewish War 2.9.2-4

And when the Jews petitioned him again, he gave a signal to the soldiers to encompass them round; and threatened that their punishment should be no less than immediate death, unless they would leave off disturbing him, and go their ways home.

But they threw themselves upon the ground, and laid their necks bare, and said they would take their death very willingly, rather than the wisdom of their laws should be transgressed. Upon which Pilate was deeply affected with their firm resolution to keep their laws inviolable: and presently commanded the images to be carried back from Jerusalem to Cesarea.
Antiquities of the Jews 13.8.1

Pilate responds in typical Roman fashion with threats, violence, and intimidation.  The Jewish people were so passionate about keeping God’s law that Pilate actually conceded and removes the images of Caesar.  That is unthinkable according to Roman Protocol.  The Emperor was worshipped as a god!  Rejection of him meant certain death.

The point is, if Pontius Pilate backed down a few years earlier to this type of protest, it is absolutely plausible that he could have created a special tradition to release a prisoner as a gesture of good will.  After all, volatility in the region would have gotten Caesar’s attention.  Pilate did not want a rebellion.

What if the Emperor felt he wasn’t up to the task?  Caesar would have removed him or worse!  What if it would have drawn attention to the fact that the Governor caved in when the populous rejected Caesar’s image?  It might have cost him his head?

Yes, Pilate could be vicious and iron-fisted, but there is historical proof that he broke protocol in the face of resistance passionate and rebellious Jewish population.

This is where the “that could have never happened” argument falls flat.

Read More: Interesting fact about the Origin of the word “Gospel”

Who was Barabbas? | More than Messiah vs. Murderer 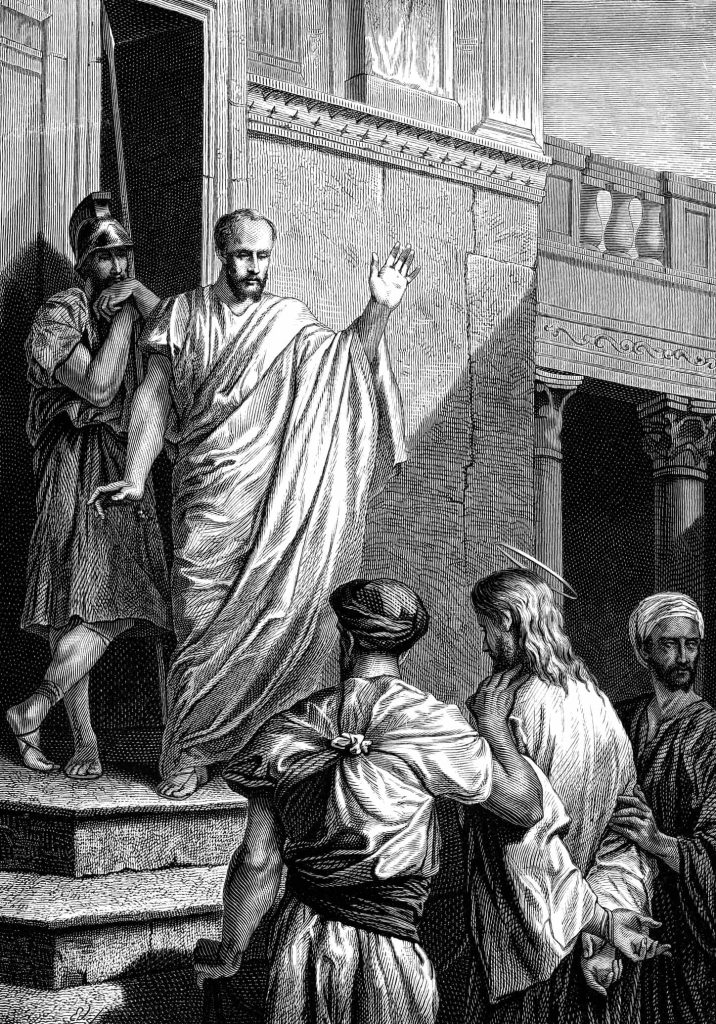 There is nothing that happens under God that doesn’t have a reason.  Even the name of Barabbas has significance.

Barrabbas is likely an Aramaic patronymic.

Who was Barabbas?  It is likely that he was the son of a Jewish teacher.  So Barabbas was a rebel that was standing up to Rome and there’s a good possibility that his lineage came from teachers of the law.  He represented more than just murder or a hardened criminal.  Barabbas was a reflection of what the Jewish people thought of the promised Messiah.

Jesus was condemned because the religious leaders failed to recognize Who He was.  Jesus was the Messiah.  For millennia, God promised a Savior to Israel.  Unfortunately, Israel misinterpreted what that would look like.

They expected a physical king, like David, that would help them defeat their enemies.  They looked at Rome and thought their promise was to overtake the Empire, led by a king, and dominate as a physical nation.  God’s plan had always been different.

Jesus came to give them citizenship in the Kingdom of God.  Choosing Jesus would not equate to political dominance and conquest on the battlefield.  That’s why they rejected it.  It didn’t line up with their paradigm of God’s plan.

In that critical moment when they cried “Give us Barabbas!”, they were rejecting God’s plan to move them out from the old covenant and into the new.

The crowd that day had a choice in front of them with Barabbas and Jesus.  Choose a son of the law and a temporary fading covenant or go with the Son of God, who would lead them into an everlasting promise.  Who was Barabbas?  We know who he wasn’t.  He wasn’t the Messiah.

A Takeaway from Barrabas and Jesus | Who was Barrabas?

If we are not careful, we can even fall into a similar trap today. The Apostle Paul talked about choosing between the temporal and the eternal.

We often choose the temporary, physical, victories.  But, they lead to disappointment and loss.  Nothing here lasts forever.  To everything, there is a season.

God wants us to live from a place of eternal victory, where physical things come and go but the Kingdom we possess and all the rewards that come from that are forever.  Our Savior is not the things of this world.  He certainly doesn’t sit in Washington D.C.  Jesus sits on the throne in Heaven.

Who was Barabbas?  The bigger question is Who was Jesus?

Ask yourself, are you open to God doing a new thing in your life or still pursuing old, temporary fixes.  Jesus is the answer.  Trust in Jesus, who makes all things new! (Rev 21:5)

There is an Easter Egg (Hidden surprise) in this article.  Did you find it?  If so we would love to hear from you.  Contact us

Jason D'Ambrosio
Jason Koch D'Ambrosio is the Evangelist and Leader at Sound of Heaven Church. He is deeply involved in community initiatives and outreach on Long Island and passionate about preaching and teaching the Gospel.
PrevPrevious5 Biblical Life Lessons from Geese
NextOld Testament God vs New Testament GodNext