Jesus said, “It is Finished” | The Meaning of Tetelestai 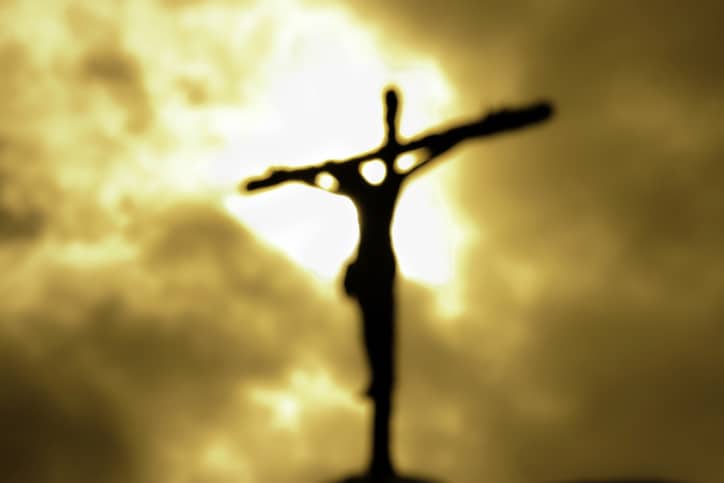 Tetelestai meaning in Koine Greek | It is Finished

Tetelestai (τετέλεσται) is a word found in Koine (common) Greek, which was spoken around the first century during the Roman Empire.  It is translated to “It is Finished”.  Tetelestai comes from the root verb teleõ which means to finish, to end, to accomplish, or to pay.

Tetelestai had several significant applications in the ancient language, but perhaps the most powerful use of it was as one of the things Jesus said on the cross in His final moments.

In John 19, we see Jesus cry out “Tetelestai” or “It is Finished”.  This phrase had eternal implications coming from His lips and by studying its application in different areas, we can fully appreciate God’s plan for the redemption of humanity through the Gospel.

It is Finished Bible Verse

The Bible verse where Jesus says “It is Finished” or Tetelestai is found in John 19.

8 Later, knowing that everything had now been finished, and so that Scripture would be fulfilled, Jesus said, “I am thirsty.” 29 A jar of wine vinegar was there, so they soaked a sponge in it, put the sponge on a stalk of the hyssop plant, and lifted it to Jesus’ lips. 30 When he had received the drink, Jesus said, “It is finished.” With that, he bowed his head and gave up his spirit.

The use of the word in the bible verses go beyond Jesus applying it to the end of His life.  It was used directly in Greek culture, as well as conceptually in Hebrew.

Use for Commerce and Taxation in the Roman Empire

During the time of the Roman Empire commerce was thriving.  Trade routes were open.  Streets were filled with vendors and an eager population looking to exchange currency for goods at every turn.  When a purchase was made, the word tetelestai was written across the top of the receipt to show that the transaction had been completed and that the price for the item had been paid.  Does this sound familiar?

Also, the word for “it is finished” has been found on business documents and said to be used in abbreviated form on  tax receipts of that time.  Yes, even in ancient civilization, the tax collectors wanted their due.  When someone owed money, whether tax or another form of debt, as soon as that debt was satisfied the word tetelestai would be placed on the bill showing that the balance had been reconciled.

Being in debt is a vulnerable place to be.  But, to have a debt removed or paid and marked with “tetelestai”, the individual was free to carry on without the burden.

Hebrew Culture and the Day of Atonement

When Jesus said “It is finished” on the cross, it was also a very powerful application of words that had been spoken in the Temple many times.  In fact, you could say that any Jewish man or woman at the crucifixion that heard it would have recognized the utterance from a very special day in Israel’s culture.

Now, we know that the Jewish people did not communicate with each other in Greek, but they would have used a comparative phrase on the Day of Atonement.  Each year on this holiday, the Temple Priest would make a special sacrifice on behalf of the people.  A lamb was slain to pay for their sins which was symbolically placed on the animal.

Once the animal was sacrificed, the priest with go before the crowd and declare in Hebrew “It is Finished”.  This serves as a temporary atonement.  The ceremony was repeated every year because eternal forgiveness was not available.  The Jewish people were in a constant cycle of sin until the time of Jesus.  In fact, the whole ceremony was a type and shadow of what was to come.

Jesus was the fulfillment of all that God promised in ushering in a new covenant where mankind would not be bound by traditions and ceremonies.  No longer would man be burdened with the ultimate penalty of sin.

For the wages of sin is death; but the gift of God is eternal life through Jesus Christ our Lord.
Romans 6:23 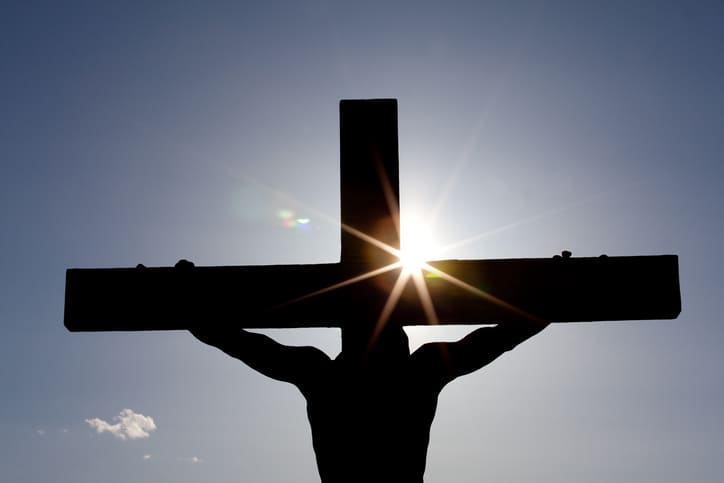 Significance of τετέλεσται in Christianity

In His final moments, Jesus expressed that the mission had been completed.  With His dying breath He cried out words that had significance to all of mankind.  The New Covenant had arrived and the old was coming to a close.

With humanity’s redemption through Christ came the forgiveness of all sins.  Sin is a debt that led to death for every generation proceeding Adam.  This debt had to be paid with blood.

No longer would just Israel have the right to temporary atonement, but all who believed in Him would have complete reconciliation.  The type and shadow of the slaying of the sacrificial lamb on the Day of atonement with the temporary corporate removal of  sin had been replaced with a greater promise.  The sin debt was paid in full.  the forgiveness was now eternal.

Just like the phrase that donned the top of business documents and tax receipts, the penalty of death that humanity owed was paid in full.  That is what Jesus meant when He said it is finished.  St. John, the author of the Gospel specifically chose Tetelestai because it was past tense.  It was relevant.

Jesus paid a debt that none of us could pay.  He suffered death as the final sacrifice so that the transgressions that we build up did not end in our eternal destruction.

There are no sweeter words than “It is Finished”.  It is at the end of this sentence where the possibility of every miracle begins.

God made him who had no sin to be sin for us, so that in him we might become the righteousness of God.

We would love for you to join us us here at Sound of Heaven or be part of our growing digital community.

If you are in New York and want to visit, click here.

Want to check out a Sunday service online?  Click here

I want to  accept Jesus and want to let you know.

Can I lose my salvation?

Jason D'Ambrosio
Jason Koch D'Ambrosio is the Evangelist and Leader at Sound of Heaven Church. He is deeply involved in community initiatives and outreach on Long Island and passionate about preaching and teaching the Gospel.
PrevPreviousAre Tattoos a Sin? What Does the Bible Really Say About Them.
NextUnderstanding the Five Fold Ministry GiftsNext