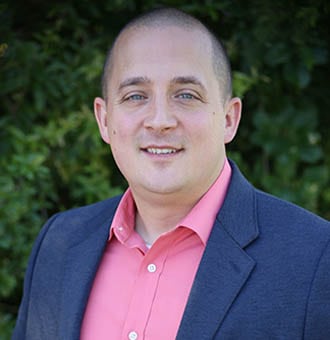 Jason D’Ambrosio grew up on Long Island, NY.  Raised in Catholicism, through the positive influence of his grandfather, he always had a sense that God was real.  Later in young adulthood, Jason began to have questions and even doubts about his faith.   It was at the age of 25 when Jason heard the Gospel preached among a group of Christian business owners. God touched his heart through the Gospel message and Jason began both seeking to better understand God’s Word and boldly share his faith through outreach and evangelism.

Ordained as a Pastor in 2009, Jason and his wife Christina served in ministry while in Atlanta, GA.  Upon moving back to Long Island, they sought to find a ministry to partner with and were led to Sound of Heaven shortly after it opened in 2012.  Getting involved right away, Jason was ordained as Evangelist and assumed roles in community outreach, teaching, preaching, media, and content creation.

Jason also serves locally as the President of the Deer Park Chamber of Commerce and with participation in several civic associations.  This helps Sound of Heaven partner with the surrounding community.  Today, he, Christina, and their 5 children are firmly planted at SOH and are playing a big role in the direction of the ministry.