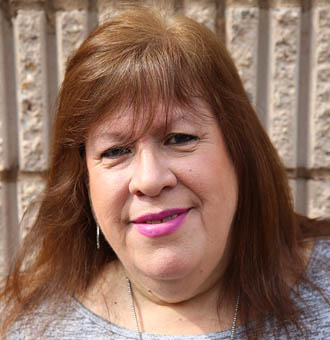 I was born in the Bronx New York and grew up in a very religious, strict Catholic family.  At the age of 12 years old, we moved to upper Manhattan. Statues of saints were all I knew to pray to and then there was Jesus hanging on the huge cross on the wall. I’ll never forget how my mom used to tell me that if I looked at His eyes and moved around, you’ll see His eyes follow you. That was pretty spooky. Then there was this very huge colorful dusty bible that covered part of the dresser.  I would dust it off and take a glance at the pictures. I didn’t know anything about this book other than it was a holy book. To me, it was just some fairy tale to me and so I would just follow the motions of being the Catholic person that I was. The only weirdest thing was that I always feared Jesus because my mother would make me think that if I did anything bad, Jesus would start crying and get upset and throw furniture around up in heaven (thunderstorm) and that the rain was Him crying tears. That was pretty scary.  I would start praying to the plastered saints and never got an answer from them. This went on for many years.

At the age of 20 years old, we moved way out into good old eastern Long Island where I became angry and rebellious, not wanting to live in these wooded areas.  I had a boyfriend at the time and I was determined to continue seeing him. I got a job in the city and practically lived there with my friend, but I would go home on weekends.  I would drink, smoke pot and cigarettes and just have fun. When I went home on the weekends, I would become a saint. I would never smoke or drink around my parents. I got to a place where I didn’t know who I was anymore.  I was so lost within my own self and worried I would bring pain and shame to my parents. I had deep hurts and actually started cutting myself. I would cry out to a cross on the wall but never got an answer back. I would ask myself, “Who am I”?  “Why am I so bitter”? I was so fixated on myself and how the world accepted me that I couldn’t see my purpose and meaning for my life. I knew I had to seek help or I would die.

My parents continued their journey in the catholic church until one day they met friends that were part of the charismatic movement and they invited them and they loved it. I went and visited and the music was lively, yet I didn’t know Jesus and the ceramic statues were all around me. Everything changed so fast and before I could blink my eyes, my parents had a life-changing experience and were visiting a non-denominational church where they encountered the true meaning of Jesus. My mother invited me and I went and I felt something come over me and I started crying and still, I couldn’t relate to Jesus.  I felt the church was a cult. I went back to the city and continued in my sin. It was the one day that in my friend’s building, I got held up by two men (probably in their 20’s) with a sawed-off shotgun and knife. I just happened to walk into them robbing a man who lived in the building. The one with the shotgun took me aside and stole all that I had as I cried out to Jesus and told him not to hurt. He looked at me, put the gun away and told me not to cry that he was letting me go and he and his friend would be gone.

They were caught and the next day in court, a police officer handed me some of my belongings and told me, “It’s a miracle you’re alive.  The sawed-off shotgun was loaded and he was under the influence of heroin. He could’ve killed you, but you must’ve had Jesus on your side”.

That day I decided to turn my life over to God and have been serving Him since 1983.  I visited my parent’s church and was there for 24 years. I got married there and had my 3 beautiful children. Afterward, my marriage fell apart and God moved me on to another church where I stayed for 8 years and served as a youth leader and was part of a choir.  My son and daughter were front end worshipers. I knew God wanted me to do more and after praying and seeking what He wanted me to do, I finally found my home church, Sound of Heaven, where today I serve as an Elder. A gift I didn’t know I had. I’ve learned so much in my training and have truly grown so much closer to God. I am thankful to God for the leaders He’s placed in my life and I just love working together with them. Thank you, Jesus!